Ever since I started eating organic food in 2001, people have asked me – why do you eat organic? The most common answer that I give is that I don’t want to consume toxic pesticides or GMOs. That seems to resonate with people and they can easily understand it. Over the last few years, however, […] 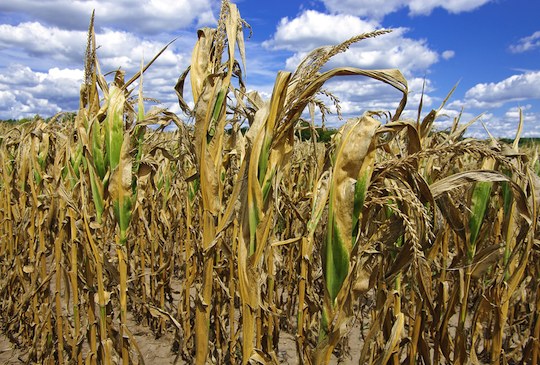 Ever since I started eating organic food in 2001, people have asked me – why do you eat organic?

The most common answer that I give is that I don’t want to consume toxic pesticides or GMOs. That seems to resonate with people and they can easily understand it.

Over the last few years, however, my answer has evolved.

Of course, I mention the pesticides, but I also talk about how the chemicals used in conventional agriculture ruin our water supply (94% of our water now contains Atrazine) and sicken farm workers (residents in the farming community of Central Valley, CA are forced to drink bottled water because the tap water has become so contaminated from pesticides).

But now we have another reason to eat organic – because it is an essential tool in fighting climate change.

In an excellent report called Food & Climate: Connecting the Dots, Choosing the Way Forward just released by my friends at The Center for Food Safety, a convincing case is made that food production must be taken into account when confronting global warming.

A few key facts from the report that we need to know:

* In the aggregate, the global food system is responsible for 44-57% of global greenhouse gas emissions.

How climate change has and is expected to impact our food supply:

* Already in 2014, California, which produces nearly half of the nation’s fruits and vegetables, is experiencing the worst drought in its 153 year history. Many farmers, particularly organic dairy farmers, face financial disaster.

* The 2014 New England shrimp season was cancelled due to low shrimp populations from warming waters and overfishing.

* Droughts and heat waves in 2012 in the U.S. alone affected approximately 80% of agricultural land, causing an estimated $30 billion in damages.

* In 2011, Vermont farmers were forced to destroy $2 million worth of vegetables contaminated by Hurricane Irene floodwaters.

The two main arguments that you always hear about the need for genetically-modified food to feed the world are….

Fallacy #1 — GMOs have much higher yields and are therefore essential, especially given that the world’s population will be 9.5 billion by 2050.

Fact: In its study Failure to Yield, the Union of Concerned Scientists reported that the biotech industry has been carrying out gene field trials to increase yields for 20 years without significant results.

Fallacy #2  — The root of the problem is that there is currently a shortage of food.

Fact: The world today produces more food per capita than ever before. In fact, enough food is produced to provide 4.3 pounds to every person and yet hunger is widespread. This is not a supply problem. This is a political problem.

I strongly encourage you to read Food & Climate: Connecting the Dots, Choosing the Way Forward because it will give you important knowledge (1) to educate others about the need to eat organic food and; (2) to pressure our politicians to embrace organic and agroecological farming systems as a way to deal with climate change.

Want to stay up-to-date on the most important organic food news? 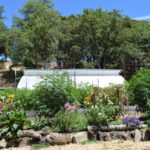