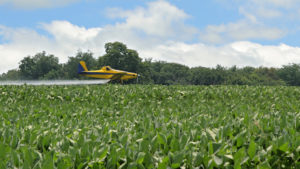 Each day, more and more news comes out about the harm that pesticides can do to our bodies.

The European Parliament wanted to know which one was healthier — organic food or conventional food – and asked experts to look into the most recent research.

As reported by The Independent, there were two studies that raised real eyebrows with the authors of this report.

1) A study out of California looked at children whose mothers had traces of organophosphates – the basis for many pesticides, herbicides and insecticides – in their blood during pregnancy.

For those kids who were exposed to these organophosphates, the children were more likely to have “adverse mental development at two years of age, attention problems at three-and-a-half and five years, and poorer intellectual development at seven years.”

2) In another study that experts looked at, it was estimated that 13 million IQ points are lost per year as a result of pesticides, which represents over $100 billion across the EU.

Making matters worse is that the report suggests that this number is likely to be an underestimation. The number failed to take into account the possible impact that pesticides and other chemicals had on Parkinson’s, diabetes and some types of cancer. So, very easily, the number could be higher.

My blog is filled with examples of how pesticides cause harm to humans (pesticides are linked to lower sperm count and quantity in men, atrazine is linked to endocrine disruption, reproductive problems, and cancer, and glyphosate “probably causes cancer” to humans are just a few), and unfortunately, brain damage is just another part of the body that these chemicals damage.

The evidence is overwhelming and convincing, and the European Parliament agrees. Organic food is the much healthier and safer choice.

So, please do yourself a favor and have your family start eating organic today.

If you’re unsure which organic foods should be the priority, make sure to read my important post Should you ALWAYS Eat Organic? 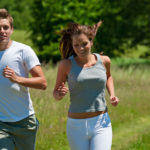