For many people, organic milk is the first organic food product that they will buy. This is largely because milk serves as an important source of nutrition for kids.  It, therefore, begs the question “what exactly is my child drinking?” Not all milk is created equal Hormonal milk contains a genetically engineered hormone called Recombinant […] 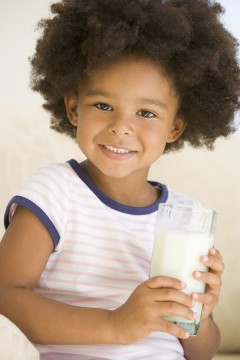 For many people, organic milk is the first organic food product that they will buy.

This is largely because milk serves as an important source of nutrition for kids.  It, therefore, begs the question “what exactly is my child drinking?”

Not all milk is created equal

Hormonal milk contains a genetically engineered hormone called Recombinant Bovine Somatotropin (rBST), which is produced by companies such as Monsanto and Elanco.

rBST is injected into approximately 20% of all U.S. dairy cows in order to increase milk production, and industry studies by consultants report that this hormone is safe for both the cows and consumers.

Yet, Dr. Samuel Epstein, Chairman of the Cancer Prevention Coalition and an international leading authority on the causes and prevention of cancer, says these studies were not only paid for by Monsanto and others but that that these claims are “blatantly false.”

Dr. Epstein, an author of several books including “What’s In Your Milk”, warns that:

– rBST makes cows sick. Monsanto has been forced to admit to about 20 toxic effects, including mastitis, on the label of Posilac, the rBST product that when administered to cows makes them produce more milk.  Monsanto’s Posilac product was acquired by Eli Lilly in 2008.

– rBST milk is contaminated by pus, due to mastitis, an infection of the udder commonly induced by the hormone, and also by antibiotics used to treat the mastitis.

– rBST milk is chemically and nutritionally different than natural milk.

– Milk from cows injected with rBST is contaminated with the hormone, traces of which are absorbed through the gut into the blood of people who consume this milk or products made from it.

-rBST milk is super-charged with high levels of the natural growth factor (IGF-1), which is readily absorbed through the gut.

The rest of the world pays attention, the U.S. government doesn’t

A 2007 Cancer Prevention Coalition petition to the U.S. Food and Drug Administration (FDA), “Seeking Withdrawal of the New Animal Drug application for rBST,” was endorsed by the Organic Consumers Association, Farm Defenders, and the Institute for Responsible Technology.

Nevertheless, the FDA has remained indifferent to these risks, in spite of longstanding Congressional concerns.

In contrast to the United States, the European Union nations as well as Norway, Switzerland, New Zealand, Japan, and Canada all have banned the use and imports of hormonal milk and dairy products to protect citizens from IGF-1 hazards.

I am with Dr. Epstein and believe that organic milk is an absolute must.  Many other people agree seem to agree since the annual growth rate of organic milk is growing 20% per year while overall milk consumption is shrinking by 10%

If you know any milk drinkers or anyone who has young children, please forward this information to them.  Children are the most at risk to these growth hormones.

Much of this information was taken from www.preventcancer.com. 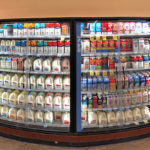