Have We Been Misled? 5 Organic Foods That Should Make You Think Twice

I spend an inordinate amount of time learning about the healthiest and newest organic food products available. Through my research at the various trade shows (Natural Products Expo East and Natural Products Expo West are my two favorites), talking to industry contacts, roaming supermarket aisles, speaking with as many well-informed food people as I can […] 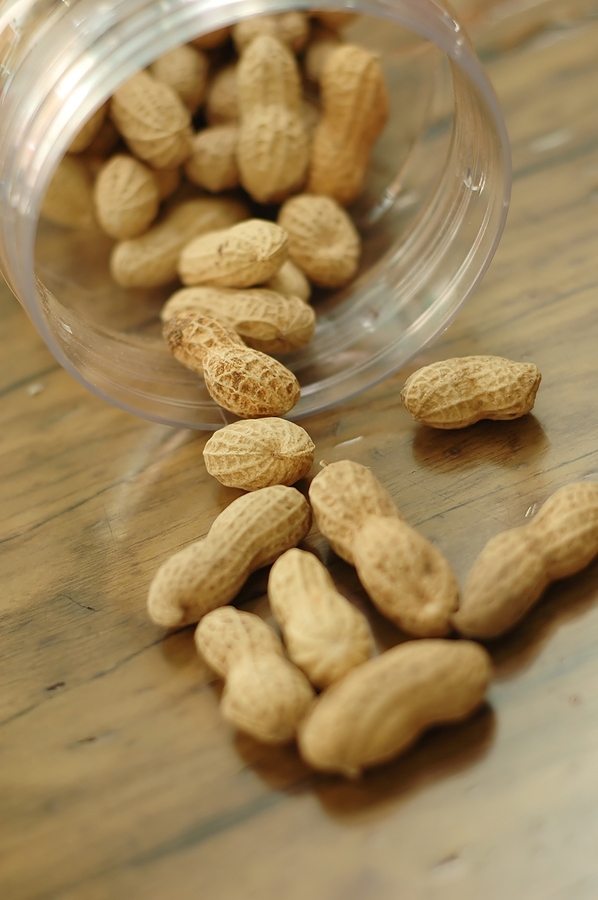 I spend an inordinate amount of time learning about the healthiest and newest organic food products available. Through my research at the various trade shows (Natural Products Expo East and Natural Products Expo West are my two favorites), talking to industry contacts, roaming supermarket aisles, speaking with as many well-informed food people as I can and reading books, I have come to the following conclusion:

So, what I do is educate myself as much as I can and then make my own decision about whether I should be eating it or not.

The following five organic foods seem to be the most controversial. While books could be written on all of the foods below and by no means am I covering all of the pros/cons of each, I will try to highlight the most salient points.

Tofu is huge in the vegan world as a meat alternative. Similarly, it is something that has been eaten in Asia for a long time and many people automatically say “Well, if they’ve been eating it in Asia forever and they’re healthy, how bad could it be?” 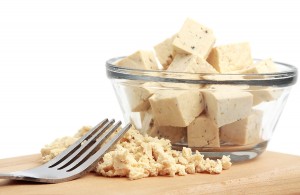 Many people have doubts about whether tofu is healthy or not because it contains phytoestrogens, which may disrupt the hormonal balance in both men and women.

There is even disagreement as to whether tofu is fermented or not. Fermentation seems to be the measuring stick as to whether a soy product is healthy or not.

My take: I used to eat a ton of organic tofu because my naturopath told me at the time that it was fine to eat. I have since switched my stance on this and almost never eat it now. I figured that with so much controversy, I was better off avoiding it.

The one exception is when I go to Sacred Chow and have the grilled Western tofu there. I’m sorry but I just can’t help myself. My good friend and chef/owner Cliff Preefer makes tofu better than anyone in the entire country.

If people are going to eat tofu, they need to quadruple check that they are eating organic tofu. Non-organic tofu is almost guaranteed to be genetically-modified and sprayed with tons of toxic chemicals.

This one may surprise people. At the 2010 Natural Products Expo West Trade Show, Kris Fillat, the founder of the GoodOnYa Bar, gave me a whole education on peanuts as she puts them into two of her bars.

Our government allows a certain level of aflatoxin on peanuts. This means that a certain level of mold (yes, mold) may be present on the peanuts that are sold to consumers. This is for both organic and non-organic peanuts. Mold on peanuts can be mostly attributed to the humid climates of Georgia and Virginia, where many peanuts are grown. 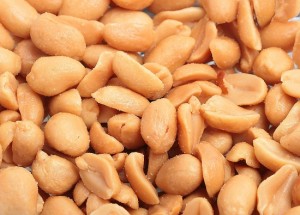 Kris only uses Valencia peanuts. 90% of the world’s Valencia peanuts are grown in New Mexico, where it is very dry, and according to Kris, “You can almost be guaranteed that there won’t be any mold on those peanuts.”

My take: Just because a peanut is organic doesn’t seem to make it safe. Where it is grown matters equally as much, maybe more. As a result, I never eat peanuts unless they are organic Valencia peanuts.

Even still, I rarely eat them. Maybe the whole salmonella scare did a number on me but I have a very strong preference for Brazil nuts.  I LOVE Brazil nuts, and that is what I use in my nut milks.

Next to coconut water, Kombucha might be the fastest growing drink in the beverage sector.

In case you don’t know what it is or haven’t been part of the craze, Kombucha is a fermented tea that many people believe has antimicrobial and and antioxidant properties. Some say that it improves hair, nails, and skin. Mostly, it is known for having “good bacteria” that aids in digestion. 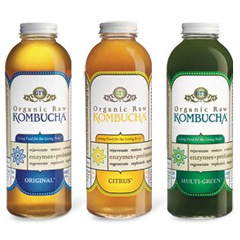 Kombucha comes in very cool colors and flavors, and the most dominant brand is called GTs (above). The founder’s mother had an aggressive form of breast cancer and started drinking Kombucha every single day. According to the company’s website, the cancer stopped spreading, largely attributed to the Kombucha.

Many critics question the health claims. Noted physician Dr. Andrew Weil says that he has never seen any scientific study backing up the health claims made for it. He thinks it could have some antibiotic activity. This means that you could be “drinking” antibiotics, which could encourage development of resistant strains of bacteria.

My take: Since it has trace amounts of alcohol and I am not a drinker, I don’t buy it. Even if the alcohol concerns were not an issue, Kombucha has a good amount of sugar, which is required for the fermentation process. Refined sugar is something I try to avoid – it negatively impacts my mood and gets me depressed.

Some people are concerned about the Kombucha culture going bad and becoming a toxic fungus. Also, if Kombucha is prepared in non-sterile conditions, contamination may occur. This appears to be less of an issue if you are drinking Kombucha from one of the major, well-known brands. 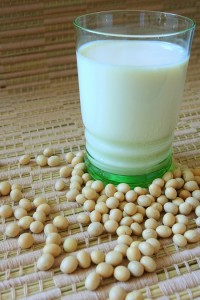 Soy milk is a very popular dairy alternative, and proponents point to its abundance of protein, fiber and isoflavones.

Like tofu, soy milk contains phytoestrogens. Additionally, every health expert I’ve ever talked to or learned from has said that all soy products must be fermented. Soy milk is not fermented.

My Take: Even if it is organic, I wouldn’t touch soy milk with a 10-foot pole.

Parents who are giving their kids soy milk, because of a desire to avoid dairy, need to investigate this very, very thoroughly. In my view, rice milks or nut milks are much better dairy alternatives.

Agave is the nectar that comes from the agave plant, which can mostly be found in Mexico and the surrounding areas. Agave looks like honey and is an alternative sweetener.

The are two main controversies around agave.

1) Raw foodists claim that there is a raw version of agave (no heat above 118 degrees is used in the manufacturing process) but many people have serious doubts about this. They do not believe that the nectar can be extracted from the plant without a serious degree of heat.

2) The more important issue is whether agave is healthy or not. Gabriel Cousens, MD, who runs the retreat center Tree of Life and has reversed Type II diabetes in patients in 30 days by putting them on a raw food diet, thinks that agave is just as bad as high fructose corn syrup. He believes that it is very, very high on the Glycemic Index. 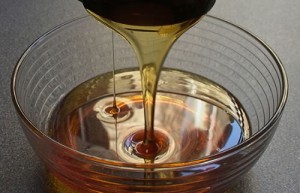 My Take: I have cut way, way back on agave and only eat foods that have agave, notably some raw chocolate, on a very infrequent basis.

As a sugar alternative, I use and love coconut palm sugar. It is both sustainable and lower on the Glycemic Index.

Palm sugar was one of my Top 5 Organic Food Trends for 2011, and I believe its popularity is going to really take off this year.

Want to stay up-to-date on the most important organic food news? If so, make sure that you are subscribed to my newsletter list.