The FDA/USDA/EPA launch a GMO Website, But the Bigger Plan is Much More Worrisome

This post originally appeared in Organic Insider. If you would like to receive Organic Insider each Wednesday, you can sign up for it HERE. — If consumers are seeking fair and balanced information about GMOs, they certainly will not find it on the new FDA/USDA/EPA website called Feed Your Mind. This site is part of […] 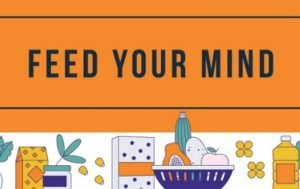 If consumers are seeking fair and balanced information about GMOs, they certainly will not find it on the new FDA/USDA/EPA website called Feed Your Mind.

This site is part of the Agricultural Biotechnology Education and Outreach Initiative, which was funded by Congress, and is intended “to share science-based information that educates, informs and broadens understanding about agricultural biotechnology for consumers.”

Not surprisingly, it presents a very one-sided view of GMOs.

“Feed Your Mind is what you would expect from a government website and gives the impression that GMOs have gone through rigorous assessments for both human health and environmental safety. That is just not true. As a result, this website can be misleading to consumers,” said Michael Hansen, PhD, Senior Scientist, Advocacy at Consumer Reports.

The site claims that GMO foods are just as safe as non-GMO foods, and it references research from the National Academy of Sciences, Engineering, and Medicine, an organization that is supposed to provide independent, objective advice to the U.S. government.

In a 2016 investigative piece for The New York Times, journalist Stephanie Strom uncovered that this was not the case.

In her findings of the organization’s committee, which would eventually deliver a report on genetically-engineered crops, several members had financial ties to biotech businesses and two of the scientists violated the National Academy’s extensive conflict-of-interest policy.

Furthermore, as she reported, an employee at the National Academy who helped pick the scientists to serve on the committee was pursuing a different job while he put together his recommendations for the group. As it turns out, three of the 13 people he recommended — all of whom were eventually selected for the panel — were board members at his new employer, a new biotechnology non-profit.

“Everybody knows that the GMO report from the National Academy was written by a group of scientists with heavy ties to the biotech industry, and the National Academy didn’t even deny this. This is very typical of the industry, which is highly skilled at creating its own science to back up the narrative it is trying to push — that GMOs are completely safe,” said Stephanie Strom.

One other glaring omission from the Feed Your Website is that GMOs are heavily sprayed with toxic chemicals, most notably the herbicide glyphosate.

Glyphosate, the primary ingredient in Monsanto’s Roundup, is known to the State of California to cause cancer, and the World Health Organization said that it is a probable human carcinogen. Additionally, numerous courts across the country have ruled that Roundup causes cancer.

THE BIGGER GOAL — TO INFLUENCE CHILDREN

No one should be terribly surprised that the Feed Your Mind website does not present the risks that GMOs pose. After all, the ag-biotech industry has tremendous influence over the FDA, USDA and EPA, and this project was meant to promote GMOs, not to provide arguments from each side.

Yet, what is most unsettling about this whole initiative is that the Feed Your Mind website is merely the first phase of a multi-pronged effort.

The next phase will come in late 2020 or early 2021 when additional materials, including a supplementary curriculum for middle school classrooms, resources for health professionals, and additional consumer materials, will be released.

“This new website bears the imprimatur of the FDA, USDA and EPA, and thus appears to be credible, giving GMOs legitimacy that they do not deserve. With its colorful graphics and simple language, the website is especially dangerous because of its obvious appeal to young, impressionable children without offering any balance or other points of view,” said Stephanie Strom. 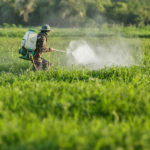