What You Need to Know About The New "Non-GMO" Label

To me, it is incredibly suspicious that after a mere two weeks of the DARK Act passing, a new “negative claim” GMO label was just put forth by the USDA. And who is going to benefit the most from it? Big Food, of course. Before I get into what are the real issues associated with it, […] 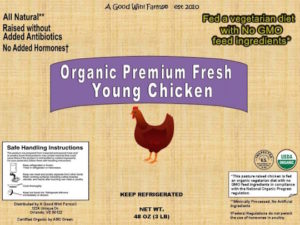 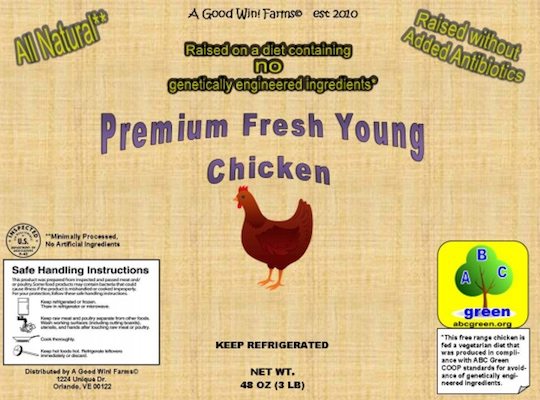 (All images courtesy of the USDA)

To me, it is incredibly suspicious that after a mere two weeks of the DARK Act passing, a new “negative claim” GMO label was just put forth by the USDA. And who is going to benefit the most from it?

Before I get into what are the real issues associated with it, let’s first discuss what this label is.

So, the Non-GMO Project label, which implies that a product is certified as Non-GMO, could be on the front of a package because the name of the organization contained the words “Non-GMO”.

In all other cases, labels such as “Non-GMO” or “Does not contain GMOs” could not be used.

However, I see no shortage of products on the market that do use the words “Non-GMO” on their packaging, with no third-party verification, but apparently FSIS is too pressed for resources to crack down on this. (Whole Foods Market knows this is a real problem and as part of its 2018 GMO-labeling initiative, it will only allow products to use the “Non-GMO” label if they have been independently verified by a third-party.)

In terms of defining what is GMO-food or what is a GMO-ingredient, FSIS says that it is “food that contains genetic material that has been modified through in vitro recombinant deoxyribonucleic acid (DNA) techniques and for which the modification could not otherwise be obtained through conventional breeding or found in nature.”

For claims of meat or poultry where the animals haven’t been fed GMOs, acceptable labels include the following:

For multi-ingredient products, acceptable labels include the following:

With these new GMO-free claims, all products must be independently verified by a third-party, such as the Non-GMO Project or a similar organization. This new guidance by FSIS also spells out that USDA certified organic products may automatically use these “negative claims” as well, language that was part of the DARK Act.

There are many concerns and unanswered questions about this new guidance from the USDA regarding this new “negative claim” GMO label.

1) The timing of this is very suspicious. I spoke to people who used to work in the government, and they believe that this guidance put out by FSIS had been in the works for many months. This is not something put together in a weekend or even a few weeks.

Most likely, Big Food wanted it 100% ready to go once the DARK Act passed and lobbied government officials behind the scenes to make this happen.

2) Why does this rule benefit Big Food?

Think about all of the factory farms that want to get a premium on their products. Hypothetically, they could order one shipment of Non-GMO feed, show their certifier this one invoice, slap on the words “Derived from beef fed no GMO feed” on their products, and charge premium pricing. Some of them could revert back to GMO-feed with near impunity. How?

It all comes back to that third-party verification agency they will use — a new third-party agency that Big Food will be working with and controlling. Don’t think for a second that they’ll be using the Non-GMO Project, which was created by many of the largest players in organic.

And don’t expect strict enforcement or testing, either. It will literally be the fox guarding the hen house.

3) The other big issue is what the threshold for GMO-contamination will be. Right now, the USDA hasn’t determined this. So, until it has, this new third-party verification agency could set whatever threshold it wants.

Big Food’s new third-party organization could set the standard at 5% or 10%. We really don’t know.

4) As I talked about in my recent analysis of the DARK Act, all USDA certified organic labels can now use these “negative claim” GMO labels as well. This poses MAJOR potential problems down the road. Why?

Because unlike the Non-GMO Project, the USDA’s approved organic certifiers do not do rigorous field testing on high risk crops. As such, certified organic products containing the “Non-GMO” label on them could, in fact, have very high levels of GMO-contamination. This puts the credibility of organic in real jeopardy.

WHY CONSUMERS OUGHT TO BE CAREFUL

With egg, meat and poultry products soon to carry these new Non-GMO labels, many consumers will go into the supermarket and may think that a poultry product that contains the words “chicken raised on a diet containing no genetically engineered ingredients” is better than a USDA certified organic one.

And studies back up this assertion.

A 2014 survey conducted by Market LOHAS Mambo Sprouts Marketing showed that 80% of people seek out Non-GMO products, with 56% saying “Non-GMO” was key to brand buying versus 52% citing Organic. This marks the first time Non-GMO was rated above Organic in purchase intent — a very unsettling reality because Non-GMO is completely inferior to Organic.

Aside from the fact that these Non-GMO claims might have very loose enforcement and high GMO-contamination, the other things that consumers might not realize are the following:

More than ever, consumers are going to have to be very educated when they step into the supermarket. They should not be fooled by this new marketing language that will soon hit the masses by storm.

HOW YOU CAN HELP

This new rule that the FSIS just put out is guidance, not law. However, it goes into effect immediately and companies can use this guidance to adopt policies.

FSIS said that it is requesting comments on this guidance until October 19, 2016.

Please contact FSIS (see the bottom of this page) and tell them that:

1) The GMO-contamination threshold should be 0.9%, consistent with what the EU has in place.

This is one issue that I’ll be keeping a close eye on, and I have a feeling that it is going to be a real mess.

(Below are two other sample labels that contain the “negative claim” GMO labels.) 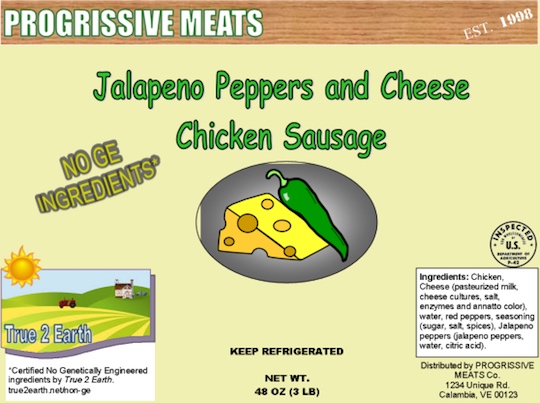 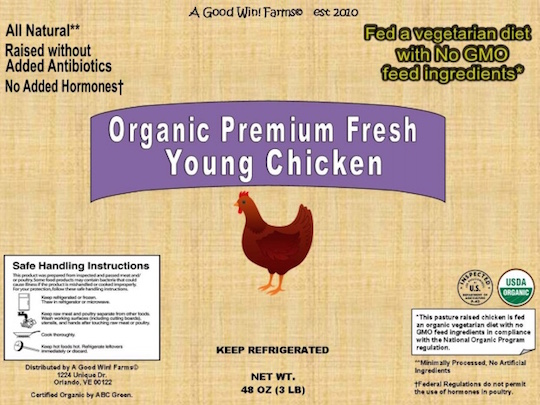 Is Non-GMO Better Than Organic?