Something that I had been hearing about for many months now was just made public this morning. Results from a laboratory at the University of California at San Francisco, one of the most respected medical schools in the country, showed that 93% of people tested had glyphosate in their urine. While the sampling size was […] 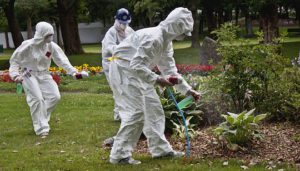 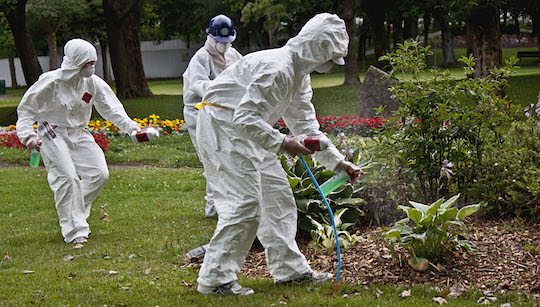 (Photo courtesy of The Detox Project)

Something that I had been hearing about for many months now was just made public this morning.

Results from a laboratory at the University of California at San Francisco, one of the most respected medical schools in the country, showed that 93% of people tested had glyphosate in their urine.

While the sampling size was relatively small, only 131 people were tested, the results are shocking nonetheless. And more data will be released later this year, which shows a very similar percentage contamination rate in a much larger number of people, according to the UCSF laboratory.

Unlike the recent glyphosate tests on wine, which are rumored to be quite inaccurate because of the equipment used, these tests were analyzed using comprehensive and validated liquid chromatography- tandem mass spectrometry (LC-MS/MS), the first testing of its kind in the U.S.

Here are the two primary reasons why we should be very, very alarmed about these tests.

1) For those who are unaware, glyphosate is a super-toxic chemical and is the primary ingredient in Monsanto’s weed killer RoundUp.

Most importantly, it was classified by the World Health Organization as a “probable human carcinogen”. This means  that it probably causes cancer.

How widespread is glyphosate? 250 million pounds are sprayed on our crops, lawns, and parks each year in the U.S., with 1.65 billion pounds used each year around the world. This stuff is everywhere!

2) The levels that were found in the urine are a real cause for alarm.

As mentioned, glyphosate was found in 93% of the 131 urine samples tested at an average level of 3.096 parts per billion (PPB).

However, glyphosate has never been studied by regulators or the chemical industry at levels that the human population in the U.S. is being exposed to (under 3 mg/kg body weight/day).

This is a huge hole in the risk assessment process for glyphosate, as evidence suggests that low levels of the chemical may hack hormones even more than high levels – a higher dose does not necessarily mean a more toxic, hormone disruptive effect.

The Detox Project, one of the backers of this study, has said that industry-funded science from the dark ages suggested that the higher the dose of a chemical, the more dangerous it was. However, modern independent science has discovered that many toxic chemicals have as much or even more of an influence on our health at low doses.

WHAT NEEDS TO HAPPEN

With the President’s Cancer Panel claiming that 41% of Americans will get cancer and 21% of Americans will die from cancer, isn’t it about time that our politicians, who are supposed to represent the best interests of citizens, start doing the right thing already?

And that right thing is not renewing the approval of glyphosate, just as the European Union is currently considering doing.

We have absolutely not heard the last of glyphosate, as I firmly believe that this chemical will soon come to be viewed as the next asbestos or DDT — chemicals that our government promised us were safe but weren’t.