Why We Should be Very Worried about GMO Contamination of Alfalfa

Many people are under the impression that organic crops will just “always be there”. Meaning, we don’t have to worry, we’ll just go to the local farmers market or Whole Foods, they’ll always have organic. These people will figure out any potential problems. Yet, if you look behind the scenes and learn what is happening with alfalfa, […] 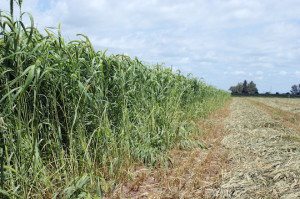 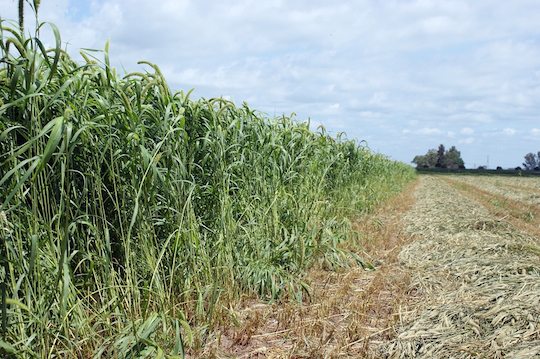 Many people are under the impression that organic crops will just “always be there”.

Meaning, we don’t have to worry, we’ll just go to the local farmers market or Whole Foods, they’ll always have organic. These people will figure out any potential problems.

Yet, if you look behind the scenes and learn what is happening with alfalfa, a main source of feed for animals in the organic meat and dairy industries, you’ll quickly realize that the situation for organic is very dire.

One of the main problems with growing genetically-modified crops is that they contaminate nearby organic and non-GMO farms.

And once organic crops have been contaminated, they are lost. They are done. They are no longer organic.

The unfortunate reality is that organic crops cannot protect themselves from GMOs, and even worse is that our government is not in the least bit concerned about protecting them either. The USDA refuses to acknowledge the risks of contamination and maintains that GMOs and organic can “co-exist”.

Those of us in the organic community know that “co-existence” is completely absurd, and we now have proof from the USDA itself that contamination is a real and serious issue.

In a recently published study, USDA scientists tested 404 feral (wild) alfalfa populations on roadsides in California, Idaho, and Washington in 2011 and 2012.

The researchers also found clear evidence that this gene was being spread by bees, which are known to cross-pollinate alfalfa populations up to several miles away, and their results suggest that “transgenic plants could spread transgenes to neighboring feral plants, and potentially to neighboring non-GE fields”.

Here is what is even more troubling. GE-alfalfa was approved in 2005, and in 2006, it was estimated that 1% of alfalfa being grown in the U.S. was genetically-modified.

Since then, there has been a lot more alfalfa planted and Monsanto said a year ago that approximately 30% of all alfalfa sold was genetically-engineered. So, one could assume that GE-contamination is much, much more widespread than we imagine.

Contamination is a major issue. Not only does it destroy organic farms, but it reduces the supply and raises the price of organic meat and dairy products. Additionally, it also costs us billions of dollars of exports.

“While USDA scientists discover rampant transgenic contamination of alfalfa, the decision makers continue to do nothing to stop this,” said Bill Freese, Science Policy Analyst at Center for Food Safety in Washington, D.C.

And given that Big Ag and the chemical industry completely control the USDA, it is unlikely that the our government will do anything soon to protect organic, non-GMO and conventional farms from being contaminated.

If our next door neighbor was literally poisoning us, the police would take immediate and harsh action.

Yet, when it comes to our food supply, this poisoning just gets brushed underneath the carpet.

Around the country, there are roughly 150 restrictions on the planting of GMOs for the very reason stated above: contamination.

This is why the DARK Act, which has been passed in the House but still waiting for approval in the Senate, is so worrisome. It would eliminate all restrictions throughout the U.S. on the planting of GMOs.

To me, this is the most dangerous aspect of the DARK Act and it does not get discussed nearly enough. While making it illegal for states to label GMOs is certainly unacceptable, removing these GMO-crop restrictions is far more disastrous.

What is currently taking place in Oregon is proof that this is a real, real problem. 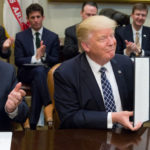 TAKE ACTION: GMO Companies are Set to "Self-Regulate" Their Own GMOs