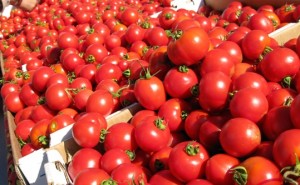 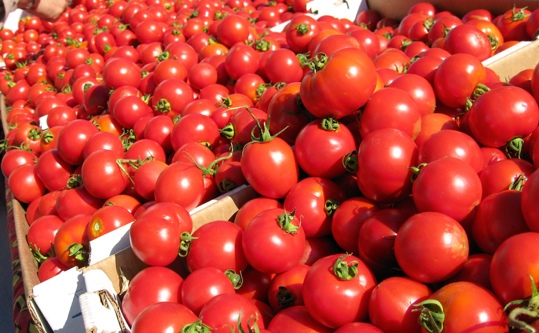 In yet another study, we have more evidence that organic is a healthier choice.

A report out of the University of Barcelona claims that organic tomatoes have a higher amount of antioxidants than conventional tomatoes.

Researchers used liquid chromatography coupled to mass spectrometry to determine that organic tomatoes have a greater amount of phenolic compounds or polyphenols. Polyphenols, which are natural antioxidants of plant origin, are associated with the prevention of cardiovascular and degenerative diseases, and some forms of cancer.

There are two interesting aspects of this study.

1) The researchers determined that the differences between organic and conventional tomatoes are due to the manure used in each farming method.

According to Anna Vallverdú Queralt of the University of Barcelona, “Organic farming doesn’t use nitrogenous fertilizers. As a result, plants respond (to stress) by activating their own defense mechanisms, thereby increasing the levels of all antioxidants.”

2) This organic tomato report is a follow-up study of something that I wrote about a while ago – that organic ketchup has higher antioxidant activity than conventional ketchup.

In the production process, there were lower levels of polyphenols, so the researchers had to determine that the differences were in fact from the raw material. This new finding proved that it was.

Although the price of organic may be slightly more expensive, mostly because organic does not receive the same amount of subsidies from the government, you are also paying for a food that has greater nutritional value. Organic tomatoes and conventional tomatoes are just not the exact same food.

Furthermore, organic tomatoes are not sprayed with toxic pesticides.

This report on tomatoes does not surprise me in the least and is just more confirmation that organic is the superior option.

Want to stay informed about the most important news and events in the organic food industry?