While organic food continues to explode in popularity and is increasingly becoming the food that everyone wants to eat – even Walmart and Target are boosting their organic options – the support for organic continues to erode at its most important levels. Our government is trying to decimate organic by chipping away at federal organic standards. Namely, the […] 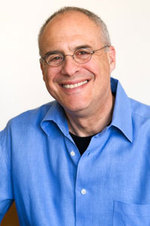 (Courtesy of The New York Times)

While organic food continues to explode in popularity and is increasingly becoming the food that everyone wants to eat – even Walmart and Target are boosting their organic options – the support for organic continues to erode at its most important levels.

Our government is trying to decimate organic by chipping away at federal organic standards. Namely, the USDA has undermined the intent of the National Organic Program by altering the incredibly important Sunset Rule, which would make it much easier for specially-approved synthetic ingredients to stay in organic much longer than they should.

Our President said in 2007 that he would label GMOs but has yet to do anything about this. GMOs pose an existential threat to organic, and the most powerful way to get people to stop eating this FrankenFood is to have GMOs labeled on the outside of food products. If people knew that they were eating foods that have been genetically-engineered, they would start asking questions, might avoid them altogether, and would be more inclined to eat organic.

And now we have the popular and influential food columnist of The New York Times, Mark Bittman, who, shockingly, has come out against organic and in defense of GMOs.

In his article Leave Organic Out of This, Bittman concludes that sustainable agriculture and healthier eating are the most important struggles in food, both of which have real validity.

However, as he reaches this conclusion, he discredits the importance of organic and defends GMOs in the process, which makes the reasoning behind his column so bewildering and flawed.

GMOs have failed to deliver the massive increases in yields that were promised, have resulted in a huge jump in the use of super-toxic chemicals, and the chemicals sprayed on GMOs are sickening farm workers and ruining our water supply at a record pace. For example, 94% of our water supply now contains atrazine, a chemical that has been linked to endocrine disruption, reproductive problems, and cancer.

Conveniently, Bittman doesn’t mention the horrifying results from studies when animals were fed GMOs, the enormous problem of superweeds that have been caused by GMOs, and why 250,000 farmers in India have committed suicide. (Hint: it isn’t because of organic farming.)

How in the world can he defend GMOs yet espouse sustainable agriculture??????

It is true that not everyone can afford organic. However, this is largely because our government has subsidized and prioritized GMOs while doing little to make organic accessible and affordable for the general population.

As a result of these failed policies, organic does not have a level playing field in the food equation. Until the government decides that the health of its citizens is actually important, don’t expect this playing field to get close to equal anytime soon.

While Bittman is correct by saying that sustainable agriculture and healthy eating are critical for our country, it is absolutely shameful and illogical why he would discredit organic and defend GMOs as he attempts to make his point.

As far as I’m concerned, organic advocates have lost a trusted voice in the media and never should his opinion be viewed in the same light again.