Looking for Inspiration in 2013? Check out Taylor Wells' Create the Best Life Ever

The very first video that I launched on livingmaxwell (see bottom of the post) was about the raw food diet and my profile of The Prana Cafe, an organic raw food restaurant in Newton, MA. Back then, I was still living in Boston and frequented The Prana Cafe A LOT. Within time I got to […] 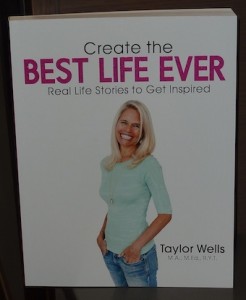 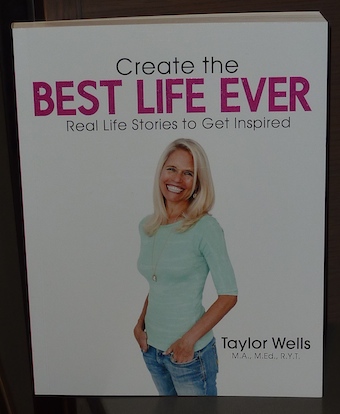 The very first video that I launched on livingmaxwell (see bottom of the post) was about the raw food diet and my profile of The Prana Cafe, an organic raw food restaurant in Newton, MA.

Back then, I was still living in Boston and frequented The Prana Cafe A LOT. Within time I got to know the owner, Taylor Wells, and it turned out that we had many things in common.

Aside from the fact that we were each very into organic, we both went to Brown and played on the tennis team there. So, we hit it off right away.

The thing that struck me about Taylor Wells was that she appeared to be this “superwoman” who had more on her plate than anyone I knew and had a ridiculous amount of energy.

She had a raw food restaurant, four yoga studios in two states, a consulting business, and several blogs. Furthermore, she had three children (two of which she home-schooled) and was pregnant with twins in 40s. Never once did I hear her complain about how busy she was, and there was a constant smile on her face. Nothing but words of gratitude flowed out of her mouth.

I always thought to myself  “I don’t know what she is doing but this person is something special.”

In her new book, Create the Best Life Ever: Real Stories to Get Inspired, Taylor Wells lays out exactly how she is able to manifest the best life ever.

Her three core strategies are:

– Practice yoga every day: It is yoga for Taylor Wells, but it could be another form of exercise for other people. The point is to move the negative energy out of your body every single day.

– Eat foods you love in moderation: Despite the fact that she was a raw vegan for seven years, Taylor Wells does not prescribe one diet over the others. For her, it is all about intention and eating foods that enable you to practice yoga and practice Deliberate Creation.

The book gives many, many stories about Taylor’s life, how she met the man of her dreams (literally, of her dreams) and how she handles everyday situations, including major setbacks. Even though she is a Super Mom, Taylor, just like everyone else, suffered a string of hardships including a divorce, a miscarriage, and the eventual sale of The Prana Cafe.

To be used in conjunction with the book is a set of important cards with positive, spiritual, and inspirational sayings on them. These are my favorite.

So, where is Taylor these days?

Oh, I absolutely should not forget to mention that she teaches a 4:30AM yoga class five days per week!! Take a look at her yoga schedule and see for yourself.

If you’re looking to create the best life ever in 2013 and want some guidance from someone proven, definitely check out Taylor’s book and her cards.

Taylor Wells has something to teach us all. 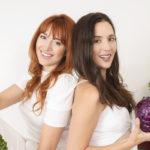