(To follow my day-to-day organic food adventures, please be sure to add me on Snapchat: maxorganic) Last week, the Senate exhibited absolutely no shame whatsoever and passed the Stabenow-Roberts GMO-Labeling “Compromise” bill 63-30. As I have written about before, this bill is an absolute joke and a total affront to all American citizens. Why? Because politicians […] 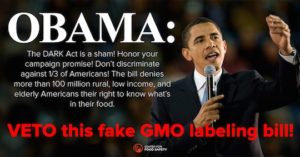 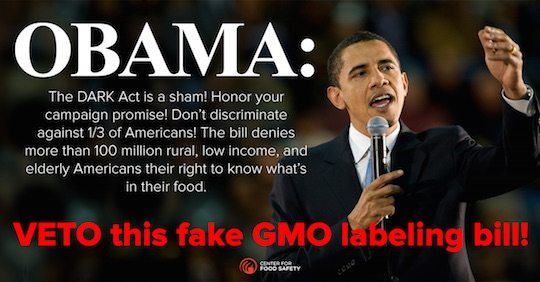 As I have written about before, this bill is an absolute joke and a total affront to all American citizens. Why?

Because politicians do not want to anger major donors – Big Food and Big Chemical – by forcing them to disclose on the packaging of food labels whether it contains genetically-engineering ingredients or not.

The reason, we have been told, is that politicians don’t want frighten consumers into thinking that genetically-engineering food is unsafe. So, instead, the compromise is to allow them to use QR codes, which are cumbersome and completely discriminatory. Not only that, but the entire piece of legislation is full of loopholes and it will make the GMO-labeling bills in Vermont, Maine, Connecticut, and Alaska illegal.

By approval this bill, these Senators have completely ignored the wishes of American citizens – polls consistently show that 90% of people want GMO-labels – and have put the interest of corporations way ahead of consumers.

Senator Barbara Boxer calls this bill a “sham and an embarrassment”, the New York Times wrote that this bill is a “flawed approach to labeling genetically-modified food” and even the FDA has serious issues with it!

Nevertheless, it sailed through a heavily-influenced Senate and House of Representatives over the past week.

As such, our last hope will be with President Obama, who could do the right thing and veto this sham of a bill.

In 2007 when running for office (see video below), President Obama promised to label GMOs and absolutely did not have QR codes in mind when he made this statement.

So, please sign this e-petition and let him know that this Stabenow-Roberts “non-labeling” bill is completely unacceptable and that he must reject it.

Thank you so much for your concern. 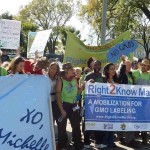