For the First Time Ever, Organic Food to be Served at the Super Bowl - How Great!!

A year and a half ago, I spoke with Gary Hirshberg about the Stonyfield Café at the U.S. Open tennis tournament and asked him if we would be seeing his organic restaurant at other sporting events, such as baseball or football. Fast-forward 18 months later: Even though it isn’t the Stonyfield Café serving up the […]

A year and a half ago, I spoke with Gary Hirshberg about the Stonyfield Café at the U.S. Open tennis tournament and asked him if we would be seeing his organic restaurant at other sporting events, such as baseball or football.

Fast-forward 18 months later: Even though it isn’t the Stonyfield Café serving up the fare, organic food will be available for the first time ever at this year’s Super Bowl.

The introduction of organic food at the Super Bowl is the result of a partnership between HOMEGROWN Concessions, a food entity owned by Farm Aid, and Centerplate, the organization who is responsible for all of the concession stands at Lucas Oil Stadium, the venue hosting Sunday’s championship game in Indianapolis.

The food provided by HOMEGROWN Concessions is sustainably produced by local and/or organic family farmers who grow their food in an ecologically-friendly manner, such as grass-fed or without the use of GMOs. Additionally, HOMEGROWN Concessions showcases the farmer story and serves its food in compostable or recyclable packaging.

The organic offerings available to Super Bowl attendees will include:

HOMEGROWN Beef Chili – featuring hormone-free and antibiotic-free beef from regional organic beef producers, as well as from Patty Reding of Langeland Farms in Greensburg, Ind. The tomatoes are grown in the Midwest and processed in Indiana. The onions, celery, peppers and garlic are organic.

HOMEGROWN Pork Chili – featuring hormone-free and antibiotic-free pork from Stanley and Evan Hall of Hall Farms in Paoli, Ind. The garlic and oil are organic.

According to Farm Aid co-founder John Mellencamp, “Farm Aid is introducing football fans to family farmers by serving HOMEGROWN Chili at the Super Bowl. It’s good food from family farms, including some from right here in Indiana.”

“We’re proud to stand side-by-side with Farm Aid, local family farmers and Indiana icon John Mellencamp in their mission to create thriving family farms. And we’re thrilled they’re working with us to create a true Heartland Experience for fans,” says Centerplate CMO Bob Pascal. “With this HOMEGROWN program, Centerplate is raising the bar for local partnership and, with the first-ever organic concessions item at the Super Bowl, we’re setting a new standard for healthy and organic hospitality.”

What a phenomenal development! Aside from the fact that the sale of organic foods will help local and organic farmers, this is just another sign that organic is truly going mainstream.

It also demonstrates that a growing number of people want healthy, hormone-free, pesticide-free, non-GMO food at sporting events. And I have no doubt that sales of these organic foods at the Super Bowl will be much greater than the people at Farm Aid and Centerplate are expecting.

Yet, what most Americans need to realize is that even though the general population is demanding more and more organic food, the Obama administration is embracing policies that are incredibly damaging to organic, such as the deregulation of genetically-engineered alflalfa (will destroy the organic meat and dairy industries) and the imminent approval of genetically-engineered corn which is resistant to 2,4-D, a toxic herbicide used in Agent Orange.

If you care about and want to ensure the long-term viability of organic food, please sign the Just Label It campaign as a way to tell our government that genetically-engineered food must be labeled.

The U.S. is the only developed country in the world that doesn’t require GMOs to be labeled. Why is this?

Because Big Ag and the major chemical companies use their tremendous power in Washington D.C. to make sure consumers are not adequately informed about what’s in their food.

Thank you so much for supporting organic.

So, who do I want to win the Super Bowl?

The Patriots, of course. I grew up in Boston and have been a huge fan for as long as I can remember.

Plus, the Patriots’ offensive coordinator and recently named Penn State coach, Bill O’Brien, was a classmate of mine at Brown. 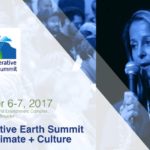