In the summer of 2001 and at the urging of my then-girlfriend, I went for an appointment to go see her naturopathic doctor in New York City, the place where we were both living at the time. Having done acupuncture since high school, I had always been open to alternative medicine and was curious what […] 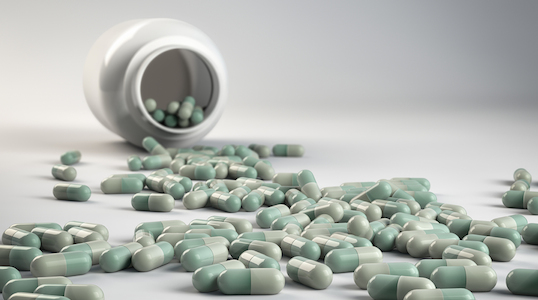 In the summer of 2001 and at the urging of my then-girlfriend, I went for an appointment to go see her naturopathic doctor in New York City, the place where we were both living at the time.

Having done acupuncture since high school, I had always been open to alternative medicine and was curious what this woman could do for me.

During our session, she asked me about all of my health and dietary habits – eating, drinking, smoking, drugs, exercise. Everything. In the midst of this conversation, the topic of organic food somehow arose. I remember that I had some notion about what organic food was but wasn’t overly familiar with it.

The question I really meant to ask was “Don’t we need the chemicals to kill all the bad stuff?” Somehow that didn’t make it out of my mouth.

After leaving her office that day, I set out to educate myself about organic food. I soon learned that we didn’t need pesticides to kill all the bad stuff and that these pesticides were in fact very harmful.

My foray into organic food started with research on the Internet and then migrated into shopping at the natural market. First, it was the organic apples and pears. Next, I moved onto lettuce, carrots and spinach. Soon came rice and popcorn. After that, I then proceeded to tackle every other food on the shelf.

As my interest became more of an obsession, I developed a real paranoia about everything non-organic that I was putting into my body. There is no doubt that I drove myself and many other people crazy because of this.

What made matters more complex was that I was taking Prozac at the time. I started on this antidepressant during my junior year of college because I was having so much trouble getting through the day. Each day was heavier than the next and life was becoming a major struggle. As it was already, I felt totally in over my head at Brown and my parents worried that I wasn’t going to make it.

Why was I so down? It is hard to say exactly. There was no specific event or trauma that I can point to. However, my best guess is that it was probably a very bad case of seasonal depression. The dark New England winters and lack of sunlight have a tendency to do that to me.

So, I ended up following the advice of both my parents and my psychiatrist to go on medication. More specifically, Prozac. Fast forward nearly 11 years later and I was still on the drug.

That summer of 2001 was the very first time that I had ever considered going off of antidepressants. And I reasoned that if I were ever going to do it, this was the time.

Life was finally going really well for me. I had a great job, a beautiful South American girlfriend and a fantastic apartment overlooking Union Square in NYC. Furthermore, my company had just closed a $17M round of financing.

As I debated the spiritual questions as to whether Prozac fit in my life anymore, something else became clear. I was expending so much time, energy and money to keep chemical-laden food out of my body yet I was popping two pills filled with chemicals into my mouth each morning. This didn’t make any sense whatsoever.

As I started to get rid of the bad stuff, the things that would nourish my body were coming in. It was at that point that I started to truly believe in the tremendous importance of food and how food is medicine. Organic food, that is.

The decision to stop taking antidepressants was the biggest one I have ever made. For several years, the road after Prozac was beyond brutally difficult. I had lost everything – my job, my life savings, my independence, my girlfriend. My hope. The best part of my day was when I went to sleep at night. The worst part of my day was when I woke up in the morning and was reminded that I was still alive.

Regardless of all the pain that I had to endure, I knew the only path for me was to be antidepressant-free. And organic food played a pivotal role in helping me see that this was indeed the right decision.