The Best Night Ever at Organic Avenue with David Wolfe

David Wolfe, the most well-known person in the raw food world, is famous for saying “have the best day ever.” Well, I can tell you that it was indeed the best lecture and after-party ever at Organic Avenue on Wednesday night. LECTURE David Wolfe came to New York City to give a talk on longevity. […] 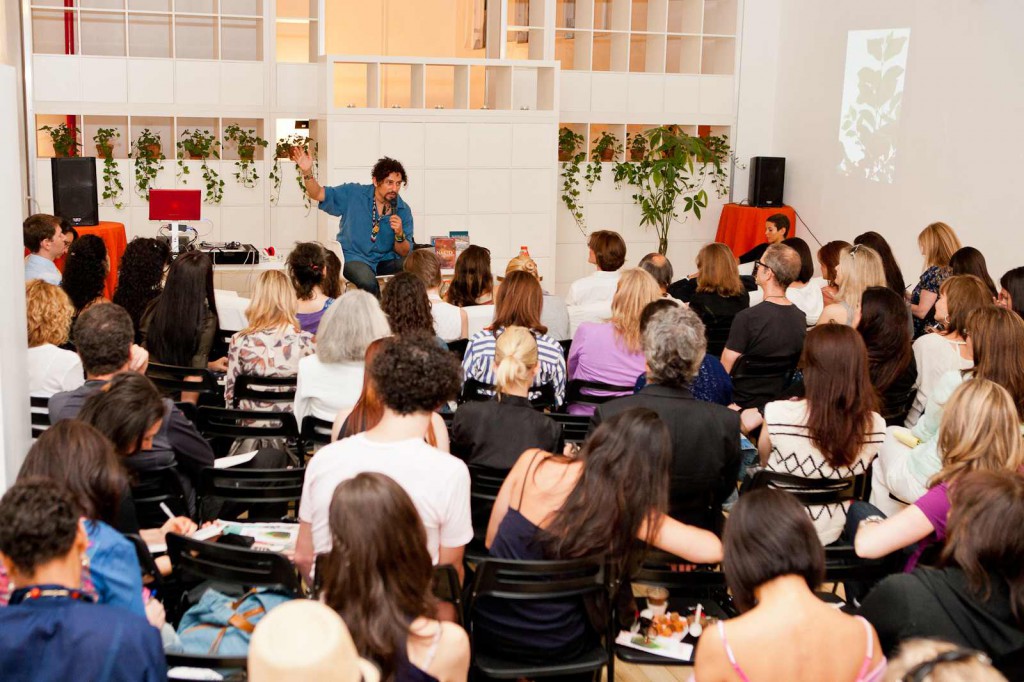 David Wolfe, the most well-known person in the raw food world, is famous for saying “have the best day ever.”

Well, I can tell you that it was indeed the best lecture and after-party ever at Organic Avenue on Wednesday night.

David Wolfe came to New York City to give a talk on longevity. In a video interview that I shot with him (which will be posted next week), he is incredibly excited about what is going on in the world of genetic research and thinks that we have to do the best we can to stay healthy for the next 15 years. Why?

Well, the new research coming out about telomeres (the ends of each chromosome which hold the key to good health and longevity) over the next 15 years will help us live much, much longer. Maybe an additional 40 years.

So, the lecture was focused on the most important ways to stay healthy and to fortify our immune system now. They include live (raw) food, juicing, superfoods, chinese medicine, herbal medicine, cacao and fresh spring water.

David Wolfe presented his talk using a slideshow, showing various herbs and plants, and talked non-stop for three hours. For the entire time, I was completely engaged and could have easily sat there for an additional three hours. Every bit of information he shared was incredibly valuable.

Even though he covered so many topics, here were my key takeaways from David Wolfe’s lecture:

– He talked about him being a “do-er”, not a “be-er”. He isn’t into “die-ts” but he is into “living”.  This really set the stage for his entire presentation and was inspirational. Everthing David Wolfe does is about having the best time ever and doing the best he can.

– He always makes sure that there is some medicinal value in every food that he eats. So, if he is having a smoothie, he will make sure that it contains maca or some other superfood or herb. He never treats food as just a filler. It always has medicinal value.

This was consistent with something he said numerous times “Let food be your medicine and let medicine be your food.” I loved this one.

I don’t eat or juice enough of any of them but am going to start.

– David Wolfe believes we must supplement, that we cannot get enough of the vital nutrients and minerals simply from plants. We need DHA, ALA and EPA. Some foods to get these from are marine phytoplankton, E3 Live, super blue-green algae and krill oil, among others.

– He also believes that we can change our genetics through food and love.

– You can’t get caught up in “I only eat this” or “I only do that”. Just add the good things in, the bad things will eventually disappear.

– David Wolfe mentioned numerous times making a tea from chaga, reishi, horsetail and nettles.  He also said that mucuna is important for increasing dopamine levels. Dopamine is said to have a very strong connection to Parkinson’s disease.

As someone who took Prozac for almost 11 years, I, too, have come to understand the importance of dopamine. Dopamine secretes serotonin, one of the neurotransmitters responsible for happiness. Eating foods that stimulate the production of dopamine is of paramount importance.

– One theme that he touched upon a few times was that you want to take herbs to build for tomorrow, not to treat the illness of today. Build that bank of a strong immune system so if and when illness comes, you are prepared. Very good advice.

– David Wolfe is a major, major proponent of cacao — the number one antioxidant in the world, the dominant alkaloid for good heart health, theobromine is anti-fungal — and he is the author of Naked Chocolate: The Astonishing Truth About The World’s Greatest Food. He thinks that we are in the infancy of what chocolate can become, similar to where wine was 30 years ago.

– Sea vegetables are very important and can help counter hypoglycemia. We start shaking when we don’t have food in our bodies because we are mineral-deficient.

As someone who hasn’t had a drink in 12 years, I can’t tell you how great it was to be at a party where there is a DJ, dancing, people having fun — and no alcohol.

Organic Avenue had a whole menu of the most amazing elixirs.  Two that I had were:

1) It was truly a spectacular night. Not only was David Wolfe a wealth of nutritional knowledge but he really understands and appreciates how our attitude and thoughts impact our well-being. You could see this with his verbal and non-verbal communication skills and the manner in which he engages people.

I had never met David Wolfe in person before but walked away very, very impressed. If you have the chance to see him, absolutely do it.

2) I hear often on Facebook and Twitter that I am so lucky to live in New York City. I agree. This is my third time living here, and I do not take it for granted. I appreciate it so much.

And as someone who is extremely dedicated to organic, I find it to be a real luxury to have access to a place like Organic Avenue here in New York. Not only do they make fantastic pressed organic juice in glass bottles (an absolute rarity) but they are playing an important role in building a community of people who care deeply about organic food.

Again, I shot about a 12-minute video interview with David Wolfe and Organic Avenue Co-Founder Doug Evans. This will be posted sometime next week. Stay tuned…

Thanks to Jeff Skeirik, the www.rawtographer.com, for use of the photo above. 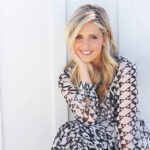