At the 2015 Natural Products Expo East trade show in Baltimore, I was invited to a private dinner with a handful of other journalists, hosted by Annie’s and General Mills. At the time, there was an incredible amount of acrimony between Big Food and the organic community, primarily over GMO-labeling. Most, if not all, of […] 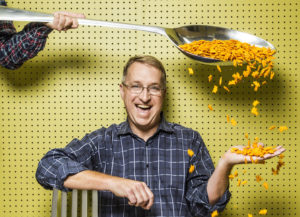 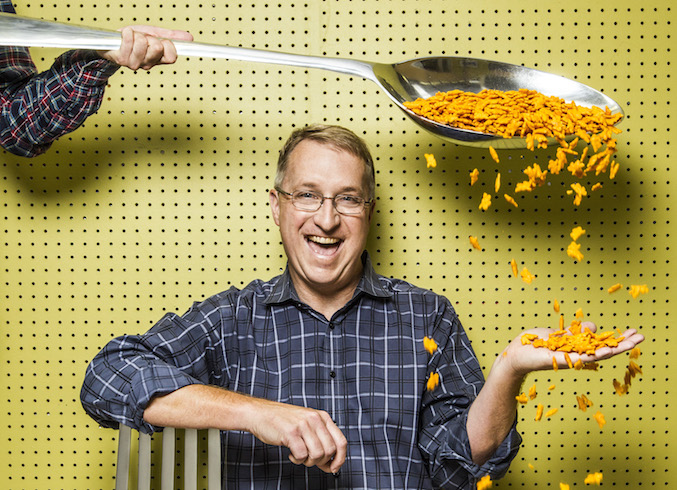 At the 2015 Natural Products Expo East trade show in Baltimore, I was invited to a private dinner with a handful of other journalists, hosted by Annie’s and General Mills.

At the time, there was an incredible amount of acrimony between Big Food and the organic community, primarily over GMO-labeling. Most, if not all, of the major food companies had contributed hundreds of thousands or millions of dollars to defeat GMO-labeling campaigns in various states throughout the country, and organic consumers were furious.

Making matters even more complicated, many of these food conglomerates also owned prominent organic brands, which put these organic companies in a very difficult position with their loyal customers. Big Food also had a reputation for buying organic businesses and not being a good steward of them.

This dinner was meant to give us comfort and assurance that General Mills’ recent $820 million acquisition of Annie’s was not another disaster waiting to happen. We were informed that this time, things were going to be different.

John Foraker, Annie’s President, and I discussed how the entire industry would be closely monitoring this deal to see whether a big food company, General Mills, in this case, could acquire an organic brand without damaging its integrity. He told me “You and everyone else need to hold us accountable. If we mess this one up, you have a right to be mad.” Needless to say, the pressure was on.

On the surface, what I heard made sense, and I left that dinner with a certain amount of comfort.

General Mills paid a serious amount of money for Annie’s, and the company seemed acutely aware that it was not in its best interest to interfere with the operations and mission of Annie’s. Making Annie’s a billion dollar brand was its goal. That meant providing the necessary resources to help it get there as fast as possible, instead of getting in its way.

Furthermore, John Foraker insisted that if General Mills did not keep its promise of allowing Annie’s to stay fully committed to organic, he wasn’t going to stick around. I fully believed this. 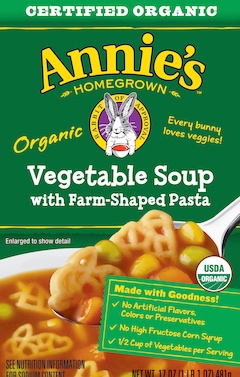 Not only is John Foraker a man of tremendous integrity and one of the most well-liked leaders in the industry, but it is safe to assume that when you’re CEO of a company that gets bought for $820 million, work becomes optional. Yet, John Foraker believed that the best way to positively impact organic for the years to come was to remain at Annie’s and not sit on the sidelines.

And given the company’s progress over these past 18 months, he has been doing anything but sitting still.

On the product side, Annie’s has been very aggressive. It has rolled out more than 30 new organic products, including soups, cereals, baking mixes, popcorn, and yogurts, and it now has more certified organic products than ever before, particularly in big and important categories.

The company’s distribution is pushing deeper into schools and mainstream retailers while necessary investments are being made in the supply chain, so that its products become more affordable for consumers, a key priority for the company and the cornerstone of its Organic for Everybunny mission.

The influence of Annie’s within General Mills has resulted in a few other notable initiatives.

There is no doubt that General Mills has advanced the business of Annie’s and helped support its many social and environmental initiatives.

Wanting to understand what kind of changes have taken place behind the scenes at the company, I recently caught up with John Foraker. Here is what he had to say.

When we had dinner in Baltimore about 18 months ago, it was a very different climate. However, with a federal GMO-labeling bill having passed last summer and many small organic brands having accepted investments from major food companies, such as General Mills, Kellogg’s and others, it seems that the animosity towards Big Food has diminished or subsided. Do you agree?

GMO-labeling was such a wedge for all big food companies, and it sucked the oxygen out of the room. With this issue having partially resolved itself, the conversation is going to other things, such as access, affordability, regenerative agriculture, and what is the role that Big Food should play in natural and organic.

How have the discussions or interactions between Annie’s and General Mills evolved over the last few years?

In the beginning, there was a great deal of interest in what we were doing, and there was also plenty of learning on our end. We had to integrate the two companies and figure out what would be centralized.

I now sit on the U.S. Leadership team of General Mills and am a peer of other people who run the major brands within the company. There is constant discussion about opportunities to simplify the ingredients and ways to add more organic. Furthermore, we have helped General Mills in the conversion of organic farmland and getting them more focused on regenerative agriculture.

After the acquisition, the yogurt side of General Mills reached out but didn’t have knowledge on the supply side, so we connected them with Organic Valley. Similarly, cereal and refrigerated doughs also expressed interest. These are big businesses that are aware of how mainstream organic has become.

What many people don’t know is that General Mills is full of young families – young moms and dads – who are very interested in healthy eating and organic food. The entire organization has been energized by this, from the top to the bottom, and I have noticed a real sea change.

General Mills has been very, very supportive about where food is going, even though they haven’t agreed with everything that I believe.

How is Annie’s able to benefit from being a part of General Mills?

We look holistically throughout the entire portfolio and aggregate the purchasing of such things as organic wheat and dairy. However, the biggest opportunities have definitely been on the manufacturing side, and yogurt is a great example of that.

Annie’s consumers wanted yogurt, but it is very tough to start a yogurt company. Despite the fact that there has been an explosion of new entrants to the market as of late, largely as a result of more co-packers and retailers being receptive to taking on younger brands, most of them are small and struggling.

In launching this new category, our ability to leverage deep technical knowledge at General Mills allowed us to roll out this product very quickly. Without General Mills, it would have taken us years and years, not to mention that Annie’s didn’t have a refrigerated supply chain. 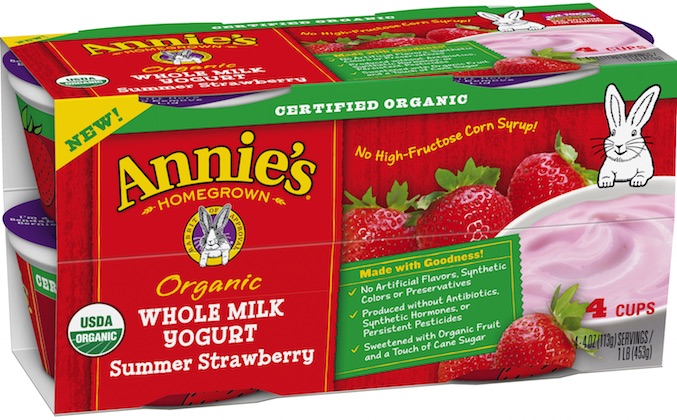 Some brands may be very concerned about what will happen to them if they get acquired by a major food company. Based on your experience, what would you say to that?

We haven’t been asked to compromise once. Not once. When someone at General Mills suggested something conventional, it was because they didn’t understand what we do.

The core thing is that we were going to keep the soul of Annie’s intact, including our formulations. In the last two years, we have almost doubled our revenues and will do $400 million this year.

With General Mills’ recent acquisition of Epic Provisions, they put their arms around them, gave them tremendous support and learned from the Annie’s experience about how to do it. Epic is now scaling.

The impact that Annie’s and Epic can have is a thousand times bigger than other companies can have in the space. To me, this is very exciting.

We know we will get criticized, but we do what we think is right and let people judge for themselves. Getting acquired can be done.

Looking forward as the President of Annie’s, how do you approach the business?

We need to continue to lead and can never get complacent. The vision of the brand always has to be upheld, and there is a lot of pressure on Annie’s to remain true. I feel that pressure, ever since getting acquired and also when we went public. We embrace that challenge.

For as many critics as they have, General Mills is a great company for social and environmental change. Big companies must be responsible citizens, and we need to make sure we deliver in order to be relevant to the next generation.

There are many people in the industry who believe that Big Food should not be a part of the organic equation. However, I am not one of those people.

I believe in capitalism, and the only way for young organic food companies to grow and scale quickly is to raise money. Individuals and funds who invest in these companies eventually want an exit and more often than not, the exit is through acquisition instead of a public offering. And these acquirors are generally Big Food companies.

With organic still representing less than 5% of the overall food market, Big Food must be a part of the solution.

This is precisely why Annie’s and John Foraker play such a critical role in our movement.

If Annie’s does become a billion dollar brand – a stated goal for General Mills – while completely maintaining its commitment to organic, a few things will happen.

One, it demonstrates that young companies can successfully be acquired by major food companies without having to compromise their ideals. Additionally, they can have a bigger impact on society – by delivering more organic products to consumers, increasing organic farmland and pursuing badly needed environmental initiatives – than if they were to remain independent.

Two, Annie’s becomes one of the most important brands at General Mills and its influence within the company will be enormous.

Three, John Foraker becomes one of the most important executives at General Mills and his influence within the company will be undeniable.

At that point, both Annie’s and John Foraker will be in a strong position to help push the organic agenda at a major food company and on a federal level in a way that is just not happening now.

With so much uncertainty about the future of organic under the Trump administration, it may get to the point where we need Big Food, with its tremendous economic and political clout, truly fighting for us.

And this could potentially happen if Annie’s continues to grow and thrive.

Without question, the organic community is beyond fortunate to have John Foraker at General Mills, and I hope he’s there for a long, long time. 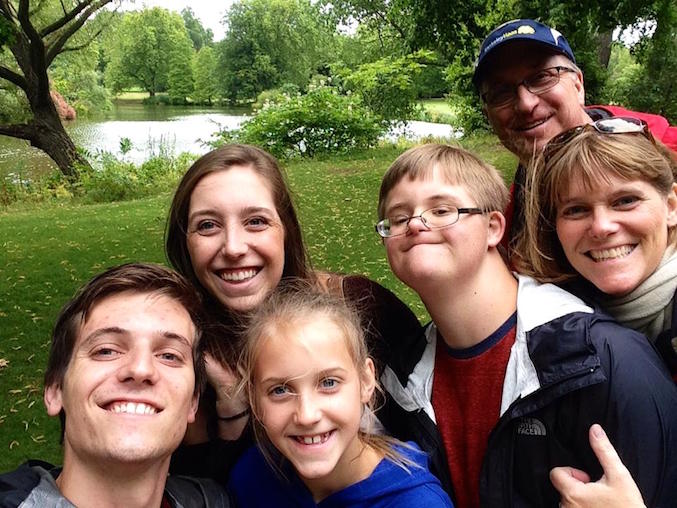 (John Foraker, President of Annie’s, and his family) 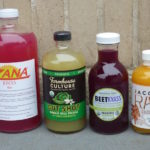