In case you didn’t read it, I started off my Organic Link Love column the other day with a quote from Debbie Stabenow, the Democratic Senator from Michigan and chair of the Agriculture Committee. During the recent vote for GMO-labeling in the Senate Farm Bill, The Huffington Post quoted her as saying that “labels run counter […] 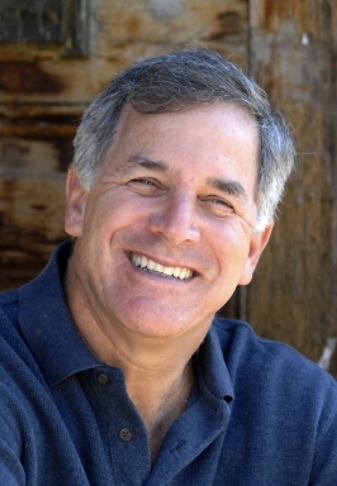 In case you didn’t read it, I started off my Organic Link Love column the other day with a quote from Debbie Stabenow, the Democratic Senator from Michigan and chair of the Agriculture Committee.

During the recent vote for GMO-labeling in the Senate Farm Bill, The Huffington Post quoted her as saying that “labels run counter to science and the public interest in healthy food.”

This is one of the most ridiculous statements that I have ever heard. And it is completely insulting to the intelligence of any American citizen.

In the United States, we have a fundamental right to know what is in our food. Yet, these rights don’t seem to matter to a majority of the politicians in Washington, D.C., such as Senator Stabenow, who are fighting against the labeling of GMOs.

The real question is: why are so many men and women in Congress doing everything they can to kill GMO-labeling efforts?

Gary Hirshberg, Co-Founder/Chairman of Stonyfield and Founder of Just Label It!, said it best the other day when he gave a commencement address at Bates College in Maine:

“conventional wisdom is a fabricated aura of inevitability bought and paid for by massive lobbying and campaign finance donations.”

This is not hyperbole. This is reality.

According to the Food & Water Watch, the ag-biotech lobby spent $572 million on campaign donations and lobbying from 1999-2010. What has this money purchased?

A lack of GMO-labeling in our country.

But don’t think for one second that Congress is the only one complicit in this whole scheme.

While running for the White House in 2007, President Obama promised to label GMOs.

Since being in office, he has done absolutely nothing about GMO-labeling and continues to betray the organic industry on a daily basis.

It is my sincere hope that these Bates College graduates really listened to what Gary had to say because they will need to understand just what kind of world they are about to enter.

I have always had tremendous respect for Gary Hirshberg as a brilliant entrepreneur, but it is his willingness to tell the truth and to stand for what’s right which makes me truly admire him.

I STRONGLY URGE YOU TO WATCH GARY’S AWESOME COMMENCEMENT ADDRESS AT BATES COLLEGE BY CLICKING HERE.

(Below is an interview that I shot with Gary Hirshberg a few years ago at the U.S. Open Tennis Tournament in New York City. It was an incredibly special afternoon and remains one of the highlights of Living Maxwell. )

If protecting and defending organic food is important to you, I’d very much appreciate it if you would Like my Facebook page and sign up for my newsletter.