The Havoc that Fracking Causes to Our Food and Water Supply, NY Governor to Decide Very Soon

Tomorrow in Albany, NY, I’ll be protesting at the state’s capital because our governor is very close to approving hydraulic fracturing, commonly known as fracking. And for those who care about organic food, fracking should be on your radar screen just as much as GMOs or pesticides. Fracking uses a tremendous amount of water, combined […] 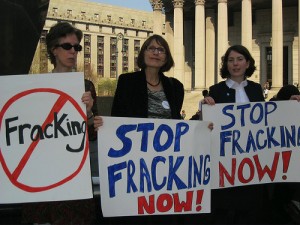 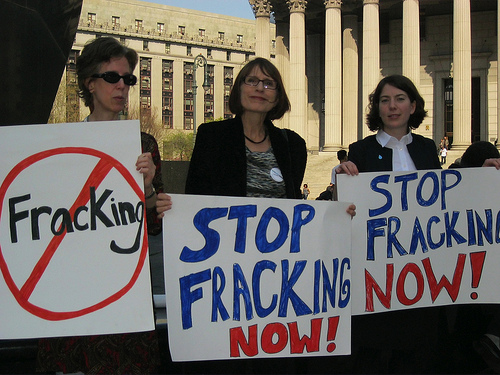 Tomorrow in Albany, NY, I’ll be protesting at the state’s capital because our governor is very close to approving hydraulic fracturing, commonly known as fracking. And for those who care about organic food, fracking should be on your radar screen just as much as GMOs or pesticides.

Fracking uses a tremendous amount of water, combined with sand and chemicals, to break apart rock and extract natural gas from deep underground.

Inexplicably, the fracking companies don’t have to tell us what these poisonous chemicals are, so as not to set off an even greater fury of environmental and public health concerns. Why is this?

Dick Cheney, the Vice President at the time and a former CEO of Halliburton, helped push through the so-called “Haliburton loophole” in the federal Energy Policy Act of 2005, which exempts the gas industry from disclosing the array of toxic ingredients deemed to be proprietary information.

Aside from the spills, leaks, and accidents that take place, fracking creates a host of other problems including:

1) The quality of our water gets even worse. Regular readers of my blog know that I write A LOT about the horrid state of our water supply. As it stands now,

– 94% of our water contains atrazine, a chemical that has been linked to endocrine disruption, reproductive problems, and cancer. Furthermore, the President’s Cancer Panel reported that (PDF) atrazine “has been shown to affect mammary gland development in animal studies with some findings suggesting multigenerational effects.”

–  The Pesticide Action Network reports that 59 different pesticide residues have been found in our water supply including 9 known or probable carcinogens, 20 suspected hormone disruptors, 7 neurotoxins, and 14 developmental or reproductive toxins.

The chemicals used for fracking are highly toxic, such as formaldehyde, benzene, hydrochloric acid, and ethylene glycol. Given that an estimated 80% of fracking fluid stays underground, a good amount of this water ends up migrating into aquifers and drinking water wells.

The wastewater that does get recovered has to be disposed of, not an easy, inexpensive or mistake-free task.

2) Huge strain on our water resources. As it stands now, water is a very limited resource and water wars are already erupting all over the country.

Fracking uses millions and millions of gallons of water and takes away from the water supply from farmers in the neighboring area. This problem will only get worse as time goes on.

3) Massive negative impact to farmers and consumers. Fracking severely harms farmers, and ultimately consumers, in a wide variety of ways.

* Whether due to spills, accidents or wastewater ending up in evaporating ponds, livestock gravitate towards this salty wastewater. The ramifications of them ingesting this water or being exposed to it in some other way are very serious.

A Penn State Extension study found that among Pennsylvania counties with at least 10,000 dairy cows, counties that had at least 150 Marcellus shale wells (natural gas wells) experienced a 16% average decline in dairy cows between 2007 and 2010, compared to a 3% increase experienced in counties without shale gas wells.

* Contaminated water used to spray on crops causes soil to become acidic, and ozone gases can contribute to a decrease in crop yields.

* If Governor Cuomo approves fracking, demand for New York food products will decrease and prices of food for consumers will increase. Here’s why.

The Park Slope Coop, a very influential 15,000 member coop in Brooklyn, NY, has already sent letters to the governor and the state legislature saying that it will stop purchasing products from farms that are affected by fracking, if it were to be approved in the state.

Prominent chefs in New York City, also acutely aware of the importance of the food supply and how fracking would endanger it, formed Chefs for the Marcellus to raise awareness of and protest against fracking.

If coops, chefs, and grocery stores all abandon New York farms, many of which are organic, not only is it possible that these farms will go out of business but purchasing will come from further away, which would result in higher costs for consumers.

There are a few things that you can do, whether you live in New York or not.

1) With Governor Cuomo about to decide on fracking, comments are being accepted until January 11th, 2013. We must flood the Department of Environmental Conservation with thousands and thousands of letters.

2) Come to Albany, NY tomorrow to protest where Governor Cuomo will be delivering his State of the State address. Food & Water Watch, an incredible non-profit that works to protect our food and water supply, is organizing buses throughout the state to Albany. For more information, click HERE.

I’ve already submitted my comment and will send in more until the deadline hits. Will you join me in this?

Fracking has the potential to further destroy the quality of our water supply and force many, many organic farmers to shut down their operations.  Let’s not allow that to happen.

Thank so much for your concern. 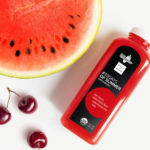