Aside from the fact that conventionally-raised animals can be pumped with synthetic growth hormones and can be fed genetically-modified grain that has been sprayed with super-toxic pesticides, there is now another scary reason to avoid conventional meat: superbugs. In results from a just released study, Consumers Reports found that 18 percent of the ground beef samples from conventionally-raised […] 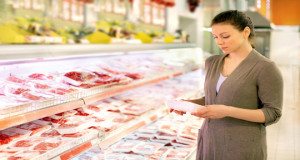 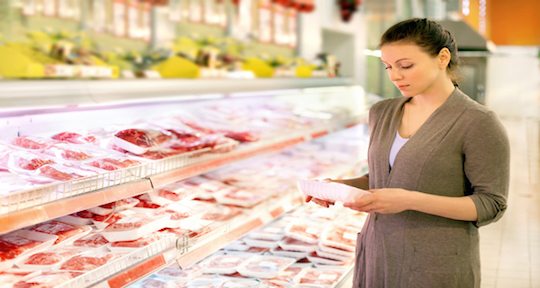 Aside from the fact that conventionally-raised animals can be pumped with synthetic growth hormones and can be fed genetically-modified grain that has been sprayed with super-toxic pesticides, there is now another scary reason to avoid conventional meat: superbugs.

In results from a just released study, Consumers Reports found that 18 percent of the ground beef samples from conventionally-raised cows contained dangerous superbugs resistant to three or more classes of antibiotics used to treat illness in humans. This is compared with just 9 percent of ground beef from samples that were sustainably produced.

The samples were tested for five common types of bacteria associated with beef—Clostridium perfringens, E. coli (including O157 and six other toxin-producing strains), Enterococcus, Salmonella, and Staphylococcus aureus.

This testing, which is among the largest conducted to date, found bacteria on all of the beef samples.

However, ground beef from cows raised more sustainably was significantly less likely to have two potentially harmful bacteria (S. aureus and E.coli) than those from cows raised conventionally.

The sustainably-produced beef came from cows that were raised without antibiotics and in some cases were either organic, grass-fed, or both. Beef from grass-fed and organic cows have access to pasture, are fed a grass-based diet, and are treated more humanely. Conventional cows can live on feedlots, be regularly fed antibiotics, as well as animal waste and other by-products.

“Better ways of producing beef from farm to fork have real impact on the health and safety of our food and the animals themselves,” said Urvashi Rangan, Ph.D., executive director of the Center for Food Safety and Sustainability at Consumer Reports. “Farming animals without antibiotics is the first step toward a more sustainable system. Grass-fed animals and good welfare practices produce fewer public health risks.”

The best label to look for is “grass-fed organic”, which ensures the cattle have not been fed grain and have eaten only organically-grown grass and forage and have not received any antibiotics or hormones.

After that, the next best label to look for is “organic”, which ensures the cattle have only been fed organic grain and have not received any antibiotics or hormones.

To read the full report from Consumer Reports and read its recommendations, click HERE.

THIS IMPACTS VEGANS AS WELL

If you’re not a meat eater and are thinking that this issue doesn’t have any relevance to you, that is a big mistake. Why?

Because superbugs impact everyone, vegans and vegetarians included.

Factory farms routinely use antibiotics and as a result, certain bacteria have grown resistant to drugs — mutating into superbugs.

Not only do these superbugs spread to the entire population – vegans and meat eaters alike – but often there is no cure or treatment for them.

Vani Hari of FoodBabe.com has just started a very important petition to pressure Subway, a major supporter of factory farms, to change the way that it does business.

As the world’s largest restaurant chain in the world, Subway needs to stop the routine use of antibiotics in the production of its meat. Period.

Thank you so much for your concern and willingness to help address this deeply serious problem. 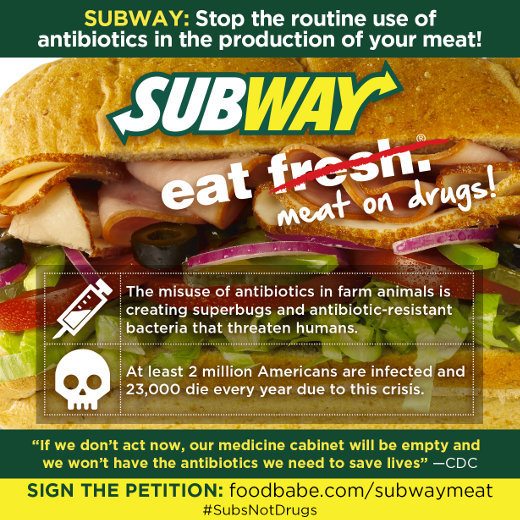