TAKE ACTION: Proposed GMO-Labeling Standards are Incredibly Deceptive, Confusing and An Insult to the American

In the summer of 2016, President Obama signed an absolutely horrible GMO-labeling bill into existence. Two years later and with the proposed standards of this bill recently released to the public, we now see just how deceptive and confusing this piece of regulation is. Here are a few of the major points of the GMO-labeling […] 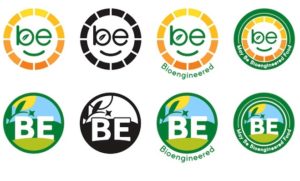 In the summer of 2016, President Obama signed an absolutely horrible GMO-labeling bill into existence.

Two years later and with the proposed standards of this bill recently released to the public, we now see just how deceptive and confusing this piece of regulation is.

Here are a few of the major points of the GMO-labeling law, which is formally known as the National Bioengineered Food Disclosure Standard.

1) The standard defines “bioengineered” food as food “(A) that contains genetic material that has been modified through in vitro recombinant deoxyribonucleic acid (DNA) techniques; and (B) for which the modification could not otherwise be obtained through conventional breeding or found in nature.”

First and foremost, a GMO-disclosure rule should make it clear and easy for consumers to know whether a food is genetically-modified or not.

The truth is that most people have no idea what “bioengineered” means, and using this seldom-used, scientific term is confusing to shoppers.

Replacing “GMO” or “genetically-modified” — terms that have been used by consumers for decades — with “bioengineered” is both disingenuous and deceptive.

Second, the definition of “bioengineered” does not give us any clarity about whether the next generation of GMO technologies, such as gene-editing, synthetic biology and RNAi, will be covered under this rule. This is critically important.

2) Companies will have three options to disclose the presence of “bioengineered” foods – text, symbol or QR codes. QR codes are inherently discriminatory since nearly 100 million Americans do not have a smartphone.

The proposed bioengineered symbols with a smiley face, grass, a blue sky and sunshine — all of which are supposed to be neutral — give off the impression that “bioengineered” foods are healthy!

3) It is still uncertain if heavily processed, genetically-modified sugars, syrups and oils will require a label.

4) Meat and dairy products, where the animals have been fed genetically-modified feed, will not have to be labeled.

5) Organic foods can be labeled as “Non-GMO” or “Not BE”. As I wrote about in 2016, this is very, very problematic and poses an enormous risk for organic.

While genetic-modification is prohibited in organic production, this does not mean that organic foods are free from GMO contamination.

If a high-risk organic product, such as corn or soy, has the words “Non-GMO” on its label and has unknowingly suffered significant GMO contamination, this could put the integrity of organic in jeopardy.

What also should be noted is that the allowance of “Non-GMO” to be used as a label on organic foods is a tacit admission that consumers are widely aware of and familiar with the term “GMO.” Yet, the USDA feels the need to mandate the use of “bioengineered” — a term that hardly anyone uses or understands.

In short, these GMO-labeling rules are incredibly insulting to the American consumer because the USDA makes it purposely more confusing, rather than easier, for the people to understand what foods are genetically-modified and what foods are not.

Furthermore, this is a clear demonstration that the financial interests of the major ag-biotech companies — the corporations who own the GMO seeds and chemical products — are much more important than keeping the American citizens informed about the food that they are putting into their bodies.

The USDA is accepting comments about its proposed National Bioengineered Food Disclosure Standard until July 3rd.

If you’d like to comment on these GMO-labeling standards, you can do so HERE. In the upper right-hand corner, click on the button that says “Comment Now!” (Please note: certain browser plug-ins or extensions, such as Grammarly, may interfere with submitting comments on the comment form.)

Four main talking points you may want to include are:

– The term “bioengineered” should not be used. It is both misleading and confusing to consumers. “GMO”, “GE” or “Genetic Engineering” should be used instead. These are terms consumers are familiar with and understand.

– All forms of genetic engineering should be disclosed, including gene-editing, synthetic biology and RNAi.

– All highly processed foods, such as genetically-engineered oils, syrups and sugars, should not be excluded from labeling.

– Any symbol that represents “bioengineered” should be neutral and not contain a smiley face or a sun.

Thank you so much for submitting your comments to the USDA about these GMO-labeling standards. I have already sent it mine. 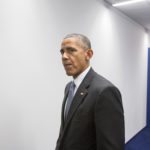