GMO-Labeling Failed in Washington, So Now What? Here's What MUST Be Done

As you may very well be aware of right now, the organic food movement recently lost I-522, the GMO-labeling initiative in Washington State, 51% to 49%. Our opponents outspent us by approximately $22M to $8M, and from what I hear, the negative and relentless ads were absolutely pounding the airwaves, similar to what happened in […] 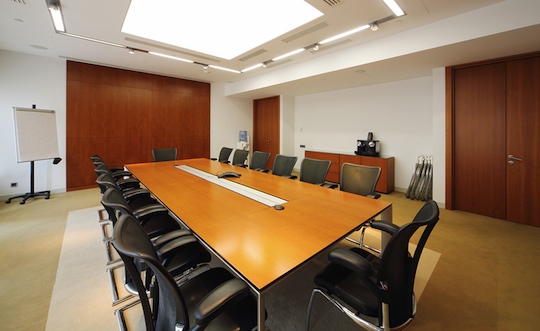 As you may very well be aware of right now, the organic food movement recently lost I-522, the GMO-labeling initiative in Washington State, 51% to 49%.

Our opponents outspent us by approximately $22M to $8M, and from what I hear, the negative and relentless ads were absolutely pounding the airwaves, similar to what happened in last year’s California vote with Proposition 37.

I am greatly appreciative of the effort that the campaign leaders put forth and the tremendous generosity that every donor exhibited, most notably David Bronner from Dr. Bronner’s. Despite the fact that we lost, more Americans than ever know about GMOs and the importance of GMO-labeling. This fact cannot be underestimated.

Yet, the majority of politicians in Washington D.C. still do not support a federal GMO-labeling law, and the only two states that have passed GMO-labeling bills, Connecticut and Maine, have serious requirements that must be met in order for the laws to kick in. The truth is that we are nowhere close to where we need to be.

So, I think it is time that we look in the mirror and acknowledge that what we are doing is just not working. It is by no means from a lack of effort. The amount of blood, sweat, and tears that organic activists expend on both state and national GMO-labeling initiatives cannot be questioned. It is amazing.

But if we want a different outcome, we need to alter our approach. And given that we don’t have unlimited funds to spend our way out of this, a serious course correction is needed. Quickly.

Mike Adams of Natural News has called for very aggressive steps to be taken and “the kid gloves need to be thrown off.” I don’t specifically know what he has in mind, but in theory, I am not in disagreement at all.

In the meantime, a simple strategic decision can be made by the leaders of organic food companies and organic non-profits that would tip the scales in our favor. What it would require is a reallocation of existing and future resources and a willingness to do things differently.

The major problem I see is that young people are not being sufficiently engaged in the GMO-labeling movement.

When you go to organic food trade shows and attend panels on GMO-labeling, it is primarily filled with people in their 40s, 50s, and 60s. I am 44 years old, and this movement is not going to be won with people my age.

The audience must be filled with people in their teens, 20s, and 30s. And even better, they need to be on stage telling us the most effective ways to get their peers involved in this cause and how we can best support them.

Right now, I don’t see this age group as active in the GMO-labeling movement as they ought to be, but it isn’t because they don’t care. I believe they care very much and have little interest in eating pesticide-laden, genetically-modified, nutritionally-devoid, inhumanely-raised, environmentally-toxic garbage, marketed to our society as “food”. This generation understands the importance of healthy food and has already demonstrated its willingness to take action.

One perfect example is the Real Food Challenge. According to its website,

The Real Food Challenge leverages the power of youth and universities to create a healthy, fair and green food system.

Our primary campaign is to shift $1 billion of existing university food budgets away from industrial farms and junk food and towards local/community-based, fair, ecologically sound and humane food sources—what we call “real food”—by 2020.

What has this group accomplished so far?

Since 2008, students in the Real Food Challenge network have worked with their dining directors and other campus stakeholders to secure over $50 million worth of pledges to purchase more local, fair, sustainable, and humane food.

And my guess is that they have accomplished all of this with a very, very limited budget.

Imagine if the leading organic food companies and non-profits partnered with an organization such as Real Food Challenge and said to them:

“Let us tell you what is really going on with GMO-labeling in this country and why young people MUST be an important part of this process. We don’t know how to effectively reach your demographic and we don’t understand social media like you do, but we do have financial resources that you don’t have. We are going to give you some of our money, so that you can help our country have a future of food that looks promising. After all, you have the most at stake here since you are the future. Tell us what we should be doing and please lead the way.”

If we want GMO-labeling to happen in the U.S., young people must be engaged AND empowered.

All they need now is for our industry to offer them a seat at the table.

Want to stay up-to-date on the most important organic food news?