Was Taking Prozac in College The Right Decision at the Time?

This is a very complex question that my father and I discuss from time to time. He insists that it was the right decision for me to go on it and doesn’t regret it at all. He also thinks I should never have gone off Prozac when I did in 2001.  He and my mother […]

This is a very complex question that my father and I discuss from time to time. He insists that it was the right decision for me to go on it and doesn’t regret it at all. He also thinks I should never have gone off Prozac when I did in 2001.  He and my mother were adamantly against this decision.

For me, the question of whether going on Prozac was the right decision brings up many thoughts and additional questions.

* As I talked about in my last post related to this subject, there were tremendous and disastrous repercussions for going on Prozac. There is no doubt about it.

* Was I emotionally and spiritually strong enough to persevere through those dark times during college? Spiritually, I’d say no. Emotionally, I’m not sure. From what I remember, I was struggling in a major way and I didn’t see much hope in it getting better.

Would my grades have suffered? Would I have fallen into a much bigger hole that I couldn’t have gotten out of?

Would I have made it through my junior year and eventually have graduated? My sense is “yes”. Yet, but it would have been filled with a lot of pain and not easy at all. My college experience might have been dreadful.

* Would I have enjoyed the same level of success during college and after college?

While on Prozac, I finished college without much of a problem. My strong friendships remained intact and grew. My grades were good.

To be fair, however, in my 30s I was dealing with massive amounts of emotional trauma in recuperating from the 11 years of antidepressants. I was totally unprepared for this all and it took years for me to pull it together. The fact that I didn’t take my life is a major accomplishment. And, it was during these times that I learned how to be resilient.

* Would I have gotten to know myself and understood who I was at a much earlier age had I not gone on Prozac? The answer is a definitive “yes”. Prozac prevented all this from happening.

This introspection and truly getting to know myself did not start happen until my 30s. Prozac severely stunted my emotional growth and development as an individual. This is without question.

Professionally, I achieved much more when I was on Prozac than when I haven’t been on the drugs, and unfortunately, it comes into play when I think about the decision I made when I was in college. When on medication, I had some great jobs and progressed a lot in my career. My 30s and 40s have not been good, from a professional perspective.

Nevertheless, going on Prozac was the wrong decision. It did not allow me to learn who I was and develop that all-so-important resiliency. Being able to persevere and pick yourself up when things are tough is one of the most important skills that you can have. And, Prozac prevented me from developing this skill. Had I learned it during college, maybe I would have had an even greater level of professional success in my 20s, 30s and 40s.

Looking back and having a “what if” discussion is great for a blog post but it is not reality. What is reality is what is going on at this very moment. I went on Prozac in college, went off of it 11 years later and am here today. I can’t change the past.

The other thing that figures into this discussion is this. I truly believe that the reason I am here (my purpose in life) is to share my story about antidepressants with other people. And, this is something that I am very clear about. Very. 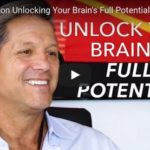